Alabama inmate who escaped with jailed will seek to… 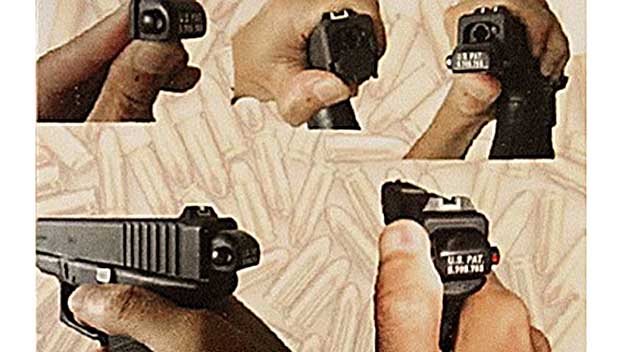 A relatively simple, albeit illegal, device that allows a conventional semi-automatic Glock pistol to function as a fully automatic firearm. The switch is classified as a machine gun under federal law. (ATF photo)

A two-count indictment filed in U.S. District Court charges Fredrick Leonard Temple, Jr., 32, with possession of a machine gun and receipt of an unregistered firearm.

According to the indictment, in January 2022, Temple illegally possessed a Glock 9mm pistol equipped with a “Glock switch” – an after-market device which is designed to illegally convert a semiautomatic Glock pistol into a fully automatic machine gun.

The maximum penalty for possession of a machine gun is 10 years in prison.

The maximum penalty for receipt or possession of an unregistered firearm is 10 years in prison.

ATF investigated the case, along with the Birmingham Police Department. Assistant U.S. Attorney Kristy Peoples is prosecuting the case.

This case is part of Project Safe Neighborhoods (PSN), the centerpiece of the Department of Justice’s violent crime reduction efforts. PSN is an evidence-based program proven to be effective at reducing violent crime. Through PSN, a broad spectrum of stakeholders work together to identify the most pressing violent crime problems in the community and develop comprehensive solutions to address them. As part of this strategy, PSN focuses enforcement efforts on the most violent offenders and partners with locally based prevention and reentry programs for lasting reductions in crime.

An indictment contains only charges. A defendant is presumed innocent unless and until proven guilty.