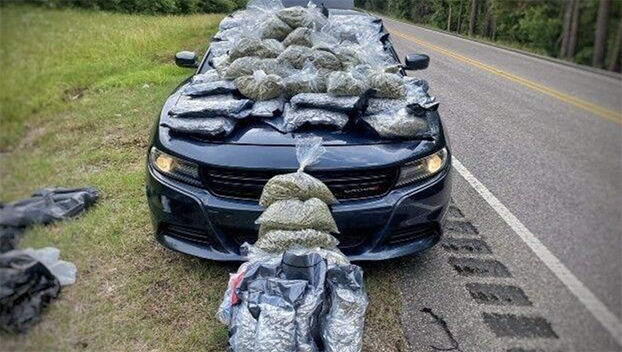 A traffic stop on a stretch of Alabama interstate just a few miles from the Mississippi state line led to the seizure of more than 129 pounds of what is believed to be marijuana.

Deputies with the Marion County Sheriff’s Office were conducting patrols on Interstate 22 near Hamilton, Ala., when they made the traffic stop, according to local news sources.

Through further investigation of the vehicle, deputies found approximately 129 pounds of the suspected marijuana in the car.

The driver, Christopher Cross II of Memphis, Tennessee, was arrested and charged with trafficking marijuana.

Interstate 22 extends from Memphis into Alabama through the northeast corner of Mississippi.

Cross was taken to the Marion County Jail.